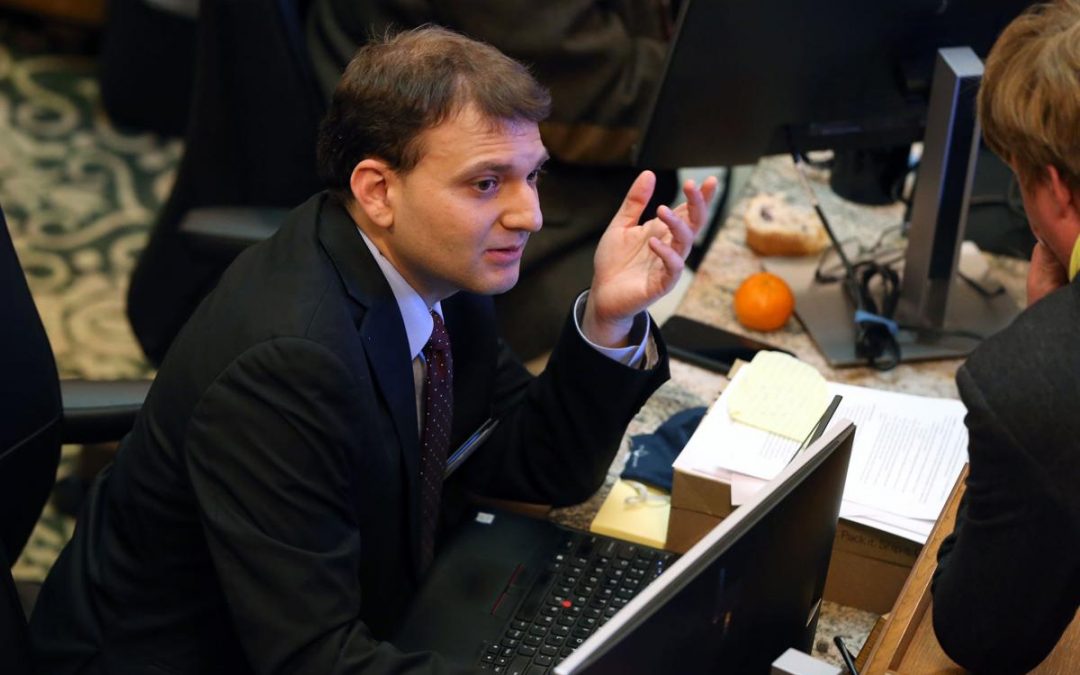 The conservative Republican from Casper filed paperwork with the Federal Elections Commission on Monday.

On Thursday, Gray announced his run in a news release and on social media.

“It’s time for a leader who actually listens to the hard-working people of Wyoming, and not to the D.C elitists,” he said in a tweet. “Join me on my journey as I seek the Republican nomination for the United States Congress.”

In his announcement, Gray attacked Cheney, saying she had “lost her way,” and was out of touch with Wyoming.

“It is abundantly clear to those of us who actually live in Wyoming that Liz Cheney views her positions as nothing more than a stepping stone, and we’re just supposed to go along with it. Well, not anymore. Wyoming agrees with President Trump … it is time to get rid of Liz Cheney,” Gray said in a statement. “My proven record of leadership for the people of Wyoming is the polar opposite of hers, and it is why I am proud to announce my intent to seek the Republican Party’s nomination to serve the citizens of Wyoming in the United States House of Representatives.”

Gray has represented House District 57 since 2017, long priding himself on a staunch commitment to conservative causes and Trump, who remains popular among Wyoming Republicans.

He called Cheney’s vote to impeach Trump after the Jan. 6 insurrection at the Capitol as “disgraceful,” and has pressed for her resignation and censorship

During this year’s general session at the Wyoming Legislature, he has sponsored a suite of legislation, including bills to increase photo identification requirements for voting, keep coal-fired power plants running longer, ban sanctuary cities and stop funding abortions, among others.

In addition to serving as an elected official, Gray also hosts a conservative radio talk show.

Trump’s allies in Congress have pushed for a challenger who can knock off Cheney, the third-ranking Republican in the House. Cheney has faced major criticism from Republicans in Wyoming since her impeachment vote. The Wyoming Republican Party voted to censure her, as did many county-level parties.